In late February 2019, Zach Valentine’s baseball season ended on the crack of a bat; one that resulted in a compound leg fracture for the then-junior.

Last night, almost a year to the day of his injury, Valentine’s resurgence shown bright on the crack of his own bat.

The Red Elephants’ senior not only hit a grand slam, but was the winning pitcher for Gainesville (3-3) in a 14-3 (5 innings) rout 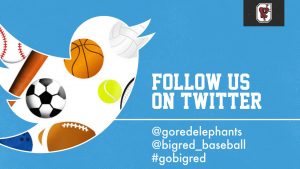 of West Hall. Valentine finished the day 2-for-3 at the plate with four RBIs, while earning four strikeouts in three innings pitched.

“Zach had an injury last year and missed most of the season, so we’re glad to have him back,” Gainesville coach Adam Miller said to the Gainesville Times after Wednesday’s win. “And then to see him on the mound and hit a grand slam, it’s a big night for him. We’re just excited for him and excited for what he can do for us moving forward.”

Gainesville’s win Wednesday followed a tight 3-2 victory against the Spartans on Tuesday.

The Red Elephants return to action Saturday in a doubleheader at North Forsyth. Gainesville will play North Hall at 11 a.m. and North Forsyth at 1 p.m.