GAINESVILLE, Ga. — Numbers don’t lie, and in the case of former Gainesville coach and athletic director Wayne Vickery, spin a great tale in their truth.

Vickery’s been an educator for 42 years, 40 at Gainesville High. He spent 20 years as the Red Elephants baseball coach amassing a 470-129 record, 13 region titles, and an unprecedented five state titles, and served as GHS athletic director for 14 years.

On March 30, one more number will be added to his story when the number 18 is retired in his honor before 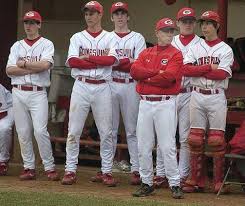 “Great players make good coaches,” Vickery said, “and I’ve been blessed to have great players and coaches to help me along the way. From Tony Herrington when I first started (as baseball coach), to Deuce and Rhett Roark, and then to finish (my career) with Mike Pruitt, Cris Carpenter, and Jeremy Kemp: what a great bunch of assistants over the years.”

“Coach Vickery has long been an ambassador and advocate for Gainesville athletics,” said GHS Athletic Director Adam Lindsey. “We are excited to be able to honor and recognize him for not only his baseball wins, his many state championships, but also his service to the Gainesville athletic department.”

During his 14-year tenure as athletic director, Vickery oversaw a Red Elephants’ athletic department whose coaches and players earned 81 region championships and 13 team state championships, including the football program’s only one.

Gainesville’s March 30 region matchup against Apalachee will begin at 5:55; the jersey retirement ceremony will take place prior to the game with coach Vickery also throwing out the first pitch.