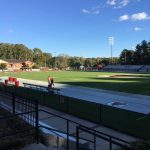 Gainesville’s last regular season home game and senior night tonight ended with a positive note. Gainesville had 79 seniors honored in pre-game activities. The game started with Gainesville kicking to Winder-Barrow. Winder scores first with a 36 yard field goal with 9:14 left in the first. Gainesville came right back with a 11 yard TD 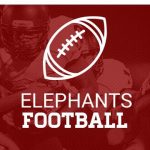 Coming into the game Dacula with a 2-4 record appeared to be in a similar situation to the Red Elephants. Both teams needed a win tonight to make the road to the playoffs a little easier. Dacula scored first on a pick six to go up 0-7 with 4:42 in the first quarter. Gainesville got

Gainesville faced the 8-0 Jefferson Middle School team in the season final game. The outcome was not what GMS hope for as the Jefferson Dragons defeated the Red Elephants by a score of 12-22. We look forward to seeing you at GHS next year. Go Big Red!!!

Big Red Freshmen were on the road today and they came home a happy herd. The Red Elephants came away with a 42-0 victory over Apalachee. Congratulations gentlemen on a great win. Go Big Red!!! 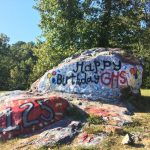 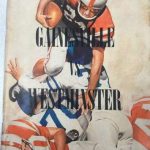 Athletic Director Billy Kirk just received a piece of Gainesville Football’s past. A program from September 16, 1960 with Gainesville High playing Westminster (Atlanta) at City Park with a 8:00 P.M. game time start. The program price 25 cents! For those of you who don’t remember the game Gainesville won 14-0. Gainesville Head Coach was 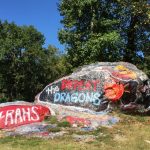 The first time these two teams have met. Two great teams with great history. A great game was on tap for tonight. Gainesville kicked off to Jefferson to start tonights contest. Jefferson moved right down the field and ended with a 7 yard TD run by Wood 0-7. Gainesville goes three and out punting to 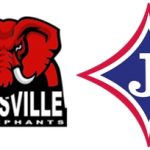 Jefferson faces Class AAAAAA Gainesville in one of the final 20 non-region matchups of the season that are slated in Class AAAA this weekend. Thomson stunned the Dragons 42-20 on Sept. 2, but the Dragons came off a bye and pitched a 33-0 shutout last Friday night against Flowery Branch. This will be the first

No Events This Week

Events are added by athletic staff.
View All Events